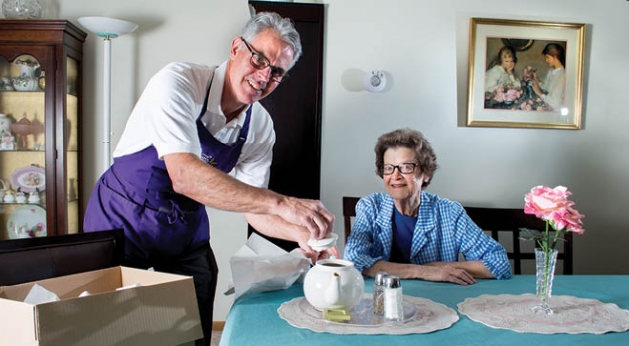 Twelve years ago, Diane Bjorkman and husband Bill Lehman took over Gentle Transitions (GT), a senior move management company serving the metro and outlying areas since 1990. Last year, GT completed over 800 moves, and Bjorkman estimates that repeat customers account for 30 to 35 percent of her business. “We’ve grown because of satisfied customers; our model has never changed,” she says.

That model is “night and day” when held against traditional moving companies, which “just get your stuff from A to B,” Bjorkman says. In addition to their “compassion, professionalism and organization,” Bjorkman’s team brings “design expertise and knowledge of the particular health challenges” to each and every job. The co-owner also attributes her company’s success to its “unsurpassed group of employees,” among whom a dozen have been with GT for over a decade.

When GT helped Woodbury resident Donna Stafford move her parents in January of this year, Stafford found the relocation specialists “remarkably compassionate.” Her mother, 86, has severe arthritis and osteoporosis. In late 2014, after her mother was hospitalized multiple times, Stafford was faced with the difficult task of moving her parents into an assisted living facility, The Waters of Oakdale. “I knew I wouldn’t be able to do all of the packing and moving myself,” she recalls. “It just wasn’t in me. [But] once I met [the Gentle Transitions move manager], I knew everything was going to be okay.” They were flexible about dates and even offered to work around their clients’ sleep schedules. “By the time they left, we were giving them hugs,” Stafford says. “They were instant friends!”

Retired police officer Bill Roppeau Jr. and his wife Rosemary moved from their Woodbury home of 11 years to Stonecrest in Woodbury last January, after a very trying year. “We were back and forth from the hospital to transitional care, back home, back to the hospital…” The couple, both in their 80s, agreed with concerns from their loved ones and doctors, who were worried about Rosemary’s risk of serious injury due to falls. Thanks to GT, the relocation was “smooth as glass,” Bill says. “It was terrible having to move, but it was great that we got those people. I put myself in their hands… and everything was just perfect.”

The process of packing and un-packing typically takes just a couple of days—if that. “Everything is totally resettled before we walk out the door,” Bjorkman says.  Stafford adds, “There isn’t a single detail they don’t handle. [They] hung all the pictures… made all the arrangements with the utility companies. They involved Mom and Dad in every piece. They even said, ‘It looks like we’re done; is it okay with you if we leave now?’”

When it comes to parting with dearly held items, GT plays the part of an objective third party. In many cases, the specialists must suggest alternative destinations, such as charities and thrift stores. However, they also do their utmost to help clients keep their most prized possessions, whenever possible. Stafford’s mother was able to take along most pieces of the bedroom set that she and her husband have had since their wedding day, 62 years ago.

“We tailor our moves to meet individual needs,” Bjorkman says. “Sometimes they have a lot to sort and want our help, so we’ll [come for] 2-3 hours, once a week, for a month in advance. Whatever we can do to relieve people’s minds.”

Bjorkman strongly recommends tackling this difficult conversation early, before sudden illness or injury takes the reins out of your hands. “People need to get rid of old stereotypes,” she says. “Senior living options are amazing now. It’s not like a nursing home anymore. They are like resorts, with wonderful restaurants and spas.”

Bjorkman regularly hosts senior moving seminars that are free and open to the public. 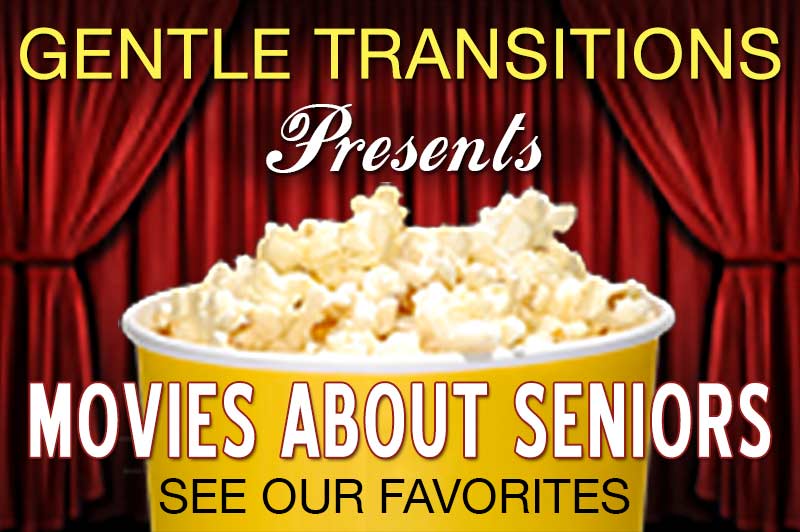